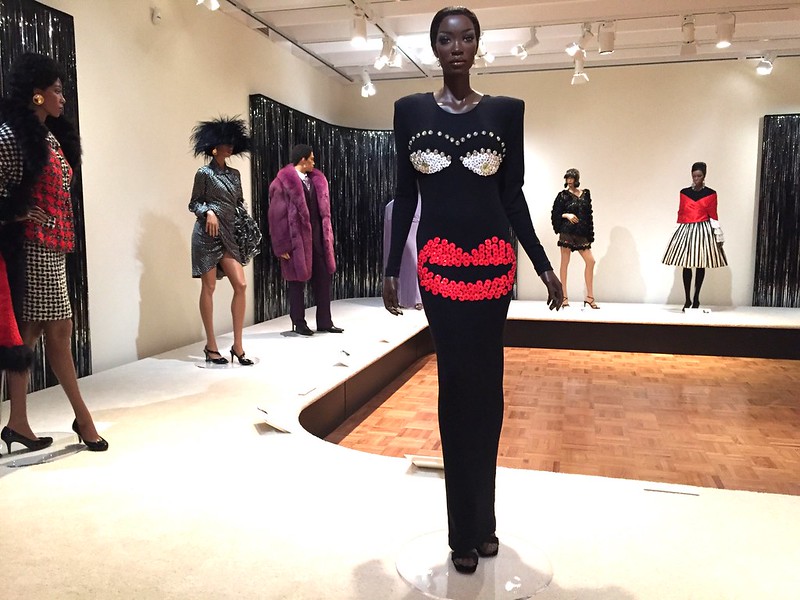 Ebony Fashion Fair was the brainchild of Eunice Johnson who gave Ebony Magazine its name and produced an influential traveling fashion show which brought haute couture to Black middle-class families while raising millions of dollars for charity. For 50 years, the event featured models of colour in pieces from Christian Dior to Yves St. Laurent, and provided a platform for Black designers including b. Michael, Stephen Burrows, and Patrick Kelly. Attendees from all over the United States and other countries waited every year in anticipation as their local churches, hotels and auditoriums transformed overnight into temporary runways to showcase glamorous gowns, feathered coats and furs, raising $55 million for social causes and medical research.

The impulse to express ourselves through personal adornment is ancient and universal. Hairstyles, make-up, clothing, accessories, and body modification can present an image of how we see ourselves and how we want to be seen.

It wasn’t until I was fortunate to attend the press preview did I experience five decades worth of sophistication and opulence that Mrs. Eunice Johnson fought so hard for Black women to experience. With a remarkable flair for fashion,  Eunice recognized the plight of the Black fashion consumer, knowing that certain European and American designers assumed that White women wouldn’t value their designers if worn by Black women. Recognizing the need to break industry colour barriers, she traveled to London, Milan, and Paris, overcoming racial prejudice to hand pick items directly from the runways to use in her shows. As owners of the Johnson Publication Company, her and her husband expanded their empire beyond the show and magazine to create Fashion Fair cosmetics and other subsidiaries to advance the idea that there was no barrier to Black beauty. Needless to say I had several moments of reflection throughout the venue.

The historical impact of celebrating Black beauty since 1958 is remarkable, and even more so was the courage of the Johnsons to convey that message amidst social and political pressures. Through vision, innovation and power, the Fair allowed those who were marginalized within the dominant culture to finally see the best possible visions of themselves.

Visiting the exhibit again for the grand opening with my mother gave me a second chance to focus on the details of the mannequins that were on display. Coincidentally, Mattel’s unveiling of its new line of Barbie dolls on the same day as the Inspiring Beauty press preview, paled in comparison to the custom mannequins in varying body shapes and skin tones. As a woman of color and a former visual display merchandiser who dressed mannequins for four years, it was refreshing to see a spectrum of skin tones and complementary make-up palettes that best highlighted the textured curls and runway poses. Growing up, I remember watching the final episodes of Dynasty while wishing that I could own the coveted off the shoulder dress topped with yards of ruffles or slip into the gowns my mom wore to Fashion Fair when it came to Rochester. To this day, I still play dress up in my mother’s closet. The night at the museum was the perfect excuse to revitalize a vintage piece from one of her three closets to pay homage to those glamorous and glorious days.

A quick scan across the venue proved to have attracted the most eclectic and fashionable individuals from the area.  The vintage dress that I wore was purchased by my mother 40 years ago when she was a teenager in Toronto. An apparel heirloom which had been passed down to me for this and many other special occasion. When entering the MAG, my mother whispered, Do you think I’m overdressed?  Unaware that she was the real showstopper, she floated across the exhibit in a long sleeve, open back Cinderella dress that predated my existence. While she carefully noted the details of the garments on display, people mistakenly asked if she was apart of the exhibit due to the similarities of her gown and the intricate beading on the mannequins. After we bid adieu to a few ladies we met, I finally answered her question. No, not at all Madame. You are simply perfect and you are living up to your God-given name.  The elegance and grace of Audry, my mommy. 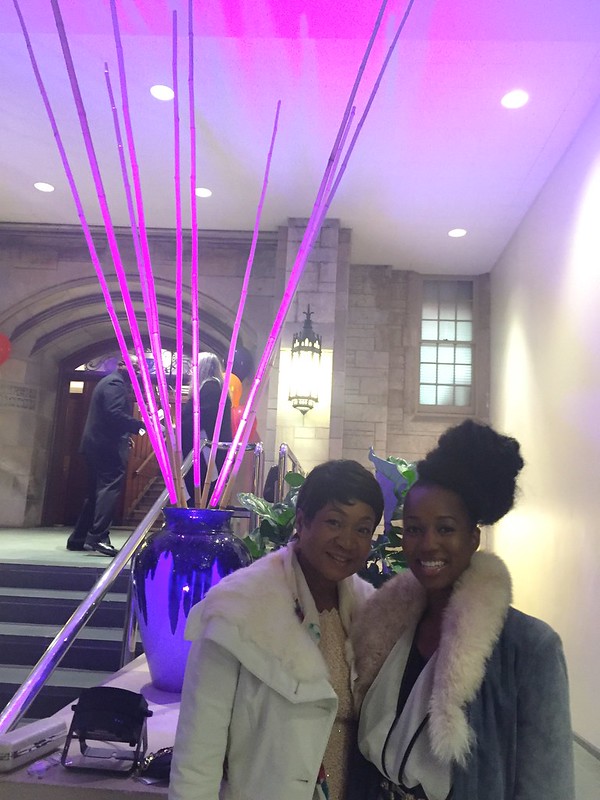 Inspiring Beauty: 50 Years of Ebony Fashion Fair remains on view through April 24, 2016 at the Memorial Art Gallery in Rochester, NY.

Kudos to the Memorial Art Gallery staff and museum curators for making this exhibit possible! 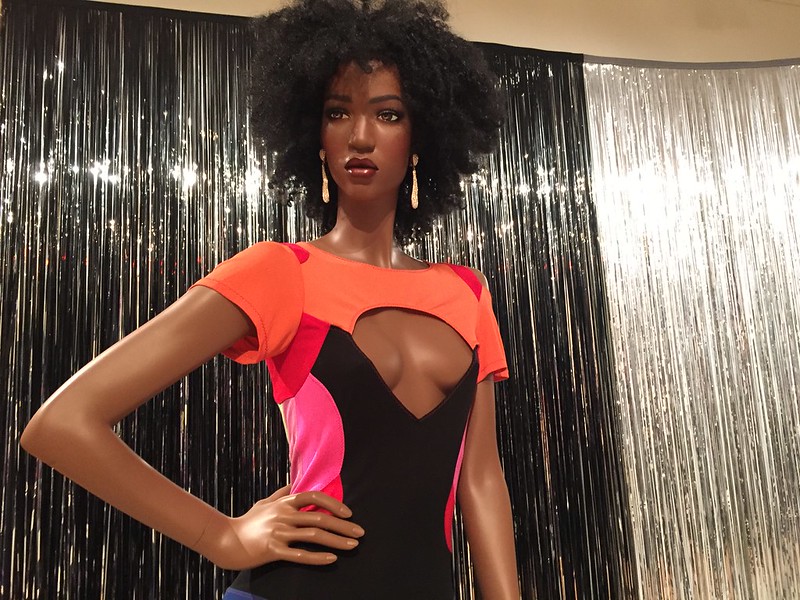 I highly recommend that you see the exhibit for yourself in person. However if you are unable to attend, I quickly put together a video shortly after the grand opening that can be viewed through the link above or here. Enjoy!