So my brother is always keeping me in the loop as the link between music and fashion when my head is buried somewhere other than my passion, so when he sent me the link to watch the G- Shock promo video featuring BMX rider Nigel Sylvester I was like ‘nice, love it.’

He sent the link to me because he ACTUALLY PRODUCED THE TRACK! Wait what?? Uh yeah. I completely overlooked that in the email header that he sent me. bad sister, very bad. 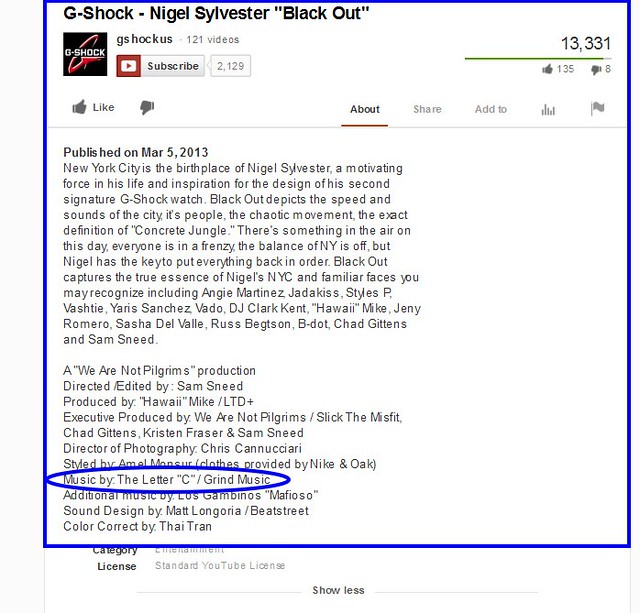 The promo video was just launched today featuring Nigel’s second G-Shock watch  launch. He’s best known as a game changer in the world of xtreme sports since pairing up again with G-Shock to release his second model called “Black Out” scheduled to be launched March 9th.

The track is so fitting with the sounds of the concrete jungle and the true reflection of New York’s raw subculture.

I promised him that I would not go crazy like I did last summer when he produced the track for 50 cent’s album Murder by Numbers…but what’s a big sis to do during times like this?