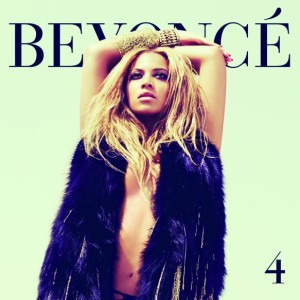 It’s Target Tuesday!! And what’s more exciting than fashion except celebrities that wear beautiful clothes with great vocal skills! Today for Target Tuesday I decided to feature Beyonce since she is releasing her deluxe editon of her new album “4″ exclusively at Target today! The female solist is also featured in Target’s new commercial which gives a sneak peek into what the singer did on her year-long hiatus, before stepping back into the spotlight. Images of her traveling pop up throughout the 31 second clip as she speaks to the viewers:“It’s hard to see when you move so fast, so I left the stage and I joined the audience. I didn’t perform, I observed. And what I saw inspired me, and now I’m ready to step back into the light. I put so much into my new album and only Target gives you all of it.”

Very cool. Kudos to Target for selling her album exclusively and for the commercial that highlights her travels during her time away. Click here to purchase her album along with 6 bonus tracks and an exclusive video.

Check out the Target Commercial below
Who’s buying her album??

Before I forget! Have you seen her spread in W magazine or in Dazed? *gasps!* what do you mean no! Ok, I’ll be posting the pics shortly to see which spread is your favourite!