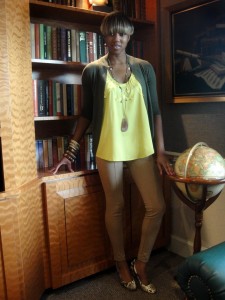 Many of us aren’t as fortunate to live near a major city with an abundance of shopping areas in trendy neighborhoods where shops and dinning places are tucked away beneath the cast iron architecture of SoHo, for example. Does that mean the rest of us have to remain less fashionable than the rest of the world? Or worse nude? No, its not that extreme. It just means that people living outside of cities such NYC and LA like myself, have to tap into additional resources to stay current by visiting other cities, shopping online, or rub shoulders with magazine editors to snag free stuff. Ok the last statement is rather unlikely, but its still an option.

Many people inquire about some of the places where I shop because I typically don’t have the same outfits that consistently circulate our neighborhood malls and boutiques (Surprisingly, I do shop in the area where I live but I usually choose unique items that women would normally bypass and pair it with an accessory, handbag, or shoe purchased from out of town to make it my own).

Because of this, I’ve come up with an idea called Target Tuesdays as myStyle Challenge to myself. Popular magazines have toyed with the idea of “Looks for Less” when they realized that the average consumer failed to purchase high end clothing during the years of the recession (so everyone pretty much knows how to shop on a dime…and if not allow me to demonstrate soon!). My challenge is to create cohesive outfits from different stores, with a primary focus on Target which has been known for their fashion forward trends.  I could talk forever about high end looks on a low end budget but I will dedicate that to another post. I’ll just stop talking and show you the pics…

Today’s Target Tuesday Ensemble is the perfect day-wear look for the woman who has wants to remain polished and professional. It’s comfortable, non-restricting, and can easily be paired with cute flats for a more relaxed look on the go. 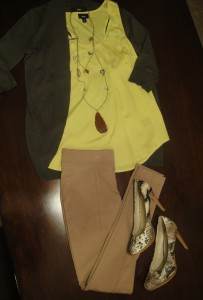 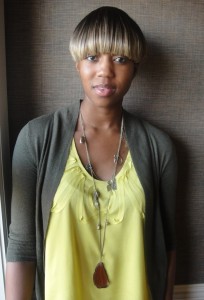 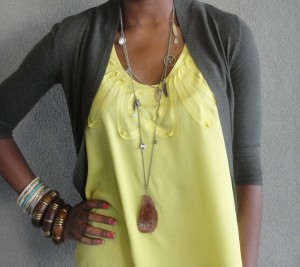 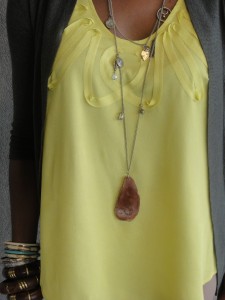 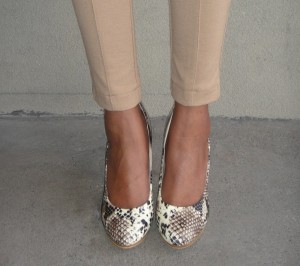 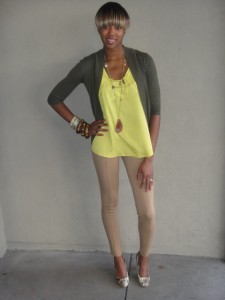 Which item will you pick to hang on your Physical Canvas?