Whenever a company announces a celebrity as the official face their product, it seems as though everyone else is holding their breath for the campaign spread to fully surface before drowning them in a number of praise and accolades. Katy Perry is no exception. Since the singer was named as the official face behind British hair care company ghd, I wondered what concepts her creative team would dream up for the ad since her make-up and costumes in her videos have been very out of the box.  The initial images of the limited-edition ghd hair products revolve around the themes from “New Wave” to “Boho Chic” for a series entitled “Iconic Eras of Style”with highly glamorized shots taken by the uber talented David LaChapelle (<-I bumped into him for a brief moment while he was shooting the intro for the MTV awards years ago, very cool).


In the spread, she embodies the persona of a 50s bombshell, 70s hippie child, and an 80s video girl with a brightly coloured spandex one-piece and plastic-like accessories. Her shots are so amazing that I completely forgot they were for a hair advertisement. Her nails are amazing too but you can hardly see them and her neon orange skirt is speaking volumes to me… I feel a DIY coming on.
New Wave 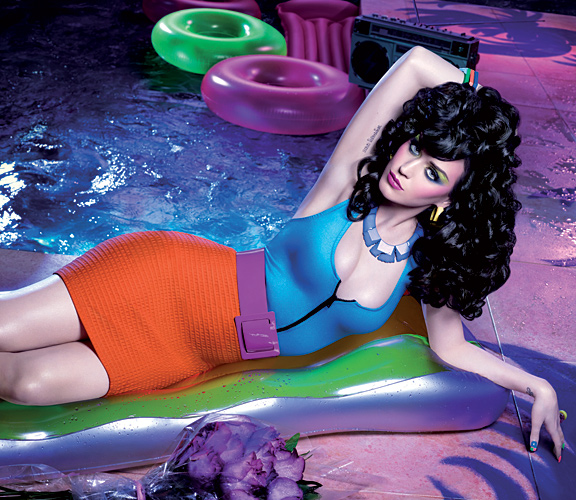 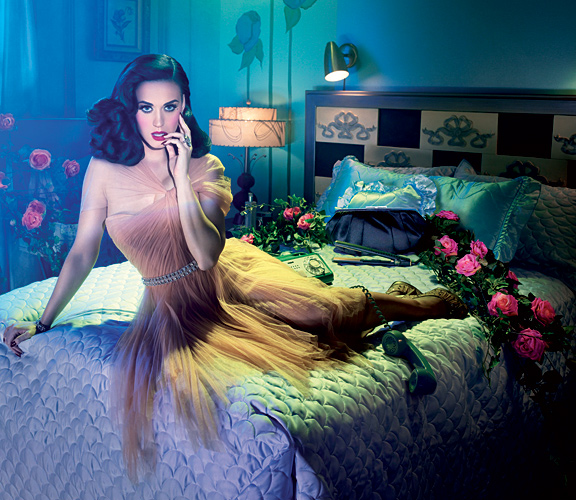 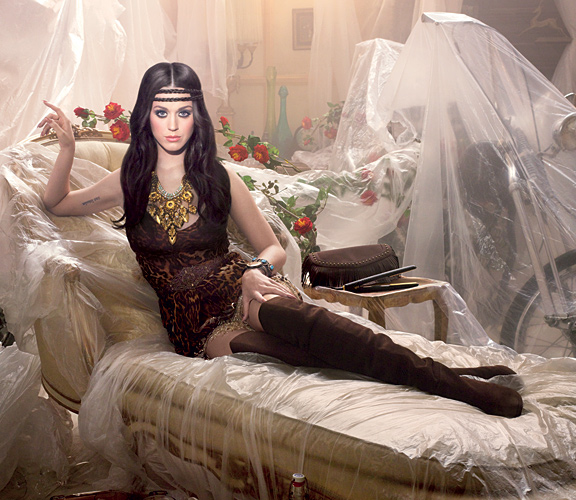 For some reason the last picture really takes me back to summers at my aunt’s house…eww plastic covers on sofa couches are not fun during the summer! Other than my side comment, Katy Perry looks great maybe a bit too airbrushed, but great. What do you think?