I’ve always loved the LOLA perfume bottle by Marc Jacobs and I got an idea…. 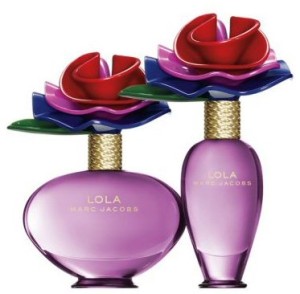 Ok, maybe I exaggerated a little about ‘going’ anywhere as if I’ll be out on October 31st at a party collecting goodies from strangers who don’t use hand sanitizer because the truth is I actually don’t remember the last time I participated in Halloween. I remember being sent to the cafeteria in elementary school along with my friend Fatimah and her brother while the Halloween costume parade began on the floor above us. Come to think of it, it felt like a cruel joke to have a party that you couldn’t go to as a kid. Listening to kids shovel mouthfuls of smarties, blow pops, and sweet tarts while picking out the less desirable candy corns and black licorice out of goodie bags like seeds in a watermelon was torture. The smell of processed sugar was definitely in the air and curled into our nostrils while the three of us just sat there…in an empty cafeteria…built for a capacity of 300 people, all because we didn’t celebrate Halloween due to her Muslim beliefs and my Christian upbringing. In hindsight, there should have been four of us, but my little sister joined the festivities to grab her fair share of cavities candy. In later years my mom caved in, to spare us from being ostracized at school and made me a red Mrs. Clause costume, trimmed in fur (for some reason my sister was a witch every year). To this day I haven’t the slightest clue as to why I was a holiday figure on Halloween….

I am absolutely infatuated with the design of the bottle and I needed an excuse to make it. Have fun and be safe this weekend!